For thousands of years, religions have been making promises they can’t fulfill. From the claim that prayer can heal the sick to the promise we can live forever after death, religions offer the world to those filled with wishful thoughts, but provide little more than the occasional inspirational word. Scientific discoveries, however, have begun to fill that void and make good on many of religion’s seemingly impossible offers.

An afterlife is something that most religions advertise, in one way or another. Because we have knowledge of our own impending death, humans are susceptible to this type of belief.  But believing doesn’t make it so… and to date there’s not a shred of evidence to support any idea of life after death. But, industrial designer Gerard Moline has come up with a way to combine that romantic notion with reality.

Moline’s Bios Urn, made from biodegradable materials like coconut shell and compacted peat, allows you to live after death… as a tree. The urn contains a seed and, after you’re cremated, your ashes join the seed underground. The ashes serve as nutrients to help grow the tree and make sure you really can live on after death. You can even choose from a variety of seeds to determine what type of tree will sprout from your urn.

Christians believe, as is reported in the New Testament scriptures, that Jesus of Nazareth healed 10 men with leprosy. It sounds like an astounding feat, but compare that to Jacinto Convit who saved thousands of lives when he developed the vaccine that protects us from it. In 1988, Convit was nominated for a Nobel Prize in Medicine for his anti-leprosy vaccine. So, while the promise of Jesus’ healing power is a centerpiece of the Christian myth, the demigod’s results leave something to be desired when compared to the rigor of man’s scientific inquiry.

It makes one wonder why Jesus himself wouldn’t have provided the vaccine, or at least given hints in his teachings to cures for some of the most horrific diseases that have historically haunted mankind. Or maybe Jesus saw those 10 people as superior – more worthy of a healthy life – than anyone else who has suffered from leprosy before, during, and after that time.

Creationism is the religious belief that life, the earth, and the universe are all created by a supernatural being; Creationists argue that we are well-suited for earth and that this points to the intervention of a higher power. But a scientific understanding of evolution by natural selection, pioneered by Charles Darwin, tells us exactly why we are well-suited for some aspects of the earth… and not so well-suited for others.

Through scientific analysis, we can see how the gradual, non-random process of natural selection and how it allows biological traits to become more or less common in a population based on the reproduction of those who bear those traits. Religion promises perfection and, while humanity is nowhere near that benchmark, natural processes are working to shape humans and all living things to be the most successful versions of themselves and science is helping us understand how.

In each case, religion has made a claim that natural processes and scientific inquiry has worked to fulfill. So, while religions make lofty promises about life after death, cures for deadly diseases, and beauty and perfection around us, bringing those ideals to fruition is our responsibility. 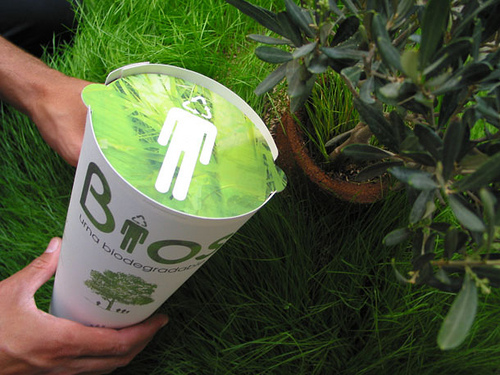