Highlights From The Great Lakes Atheist Convention In Toledo

Last weekend, I attended – and gave a talk for – my very first atheist conference, the Great Lakes Atheist convention in Toledo, Ohio, which ran from Aug. 16-18. I’d like to start by saying that the group that sponsored the event, led by Barbara Williams, did an incredible job planning and implementing this first-time convention.

The event featured a number of well-known speakers, including author and former pastor Jerry DeWitt, atheist blogger and co-founder of Skepticon JT Eberhard, and political activist Zack Kopplin. Rebecca Vitsmun, known for her post-tornado interview with CNN’s Wolf Blitzer, also showed up as a last-minute addition at the end of the convention. 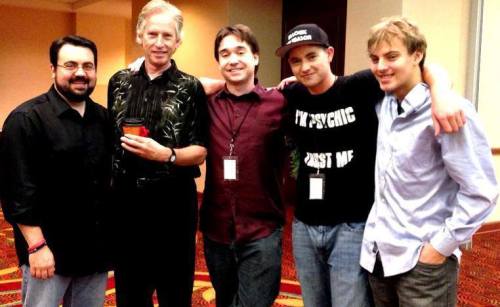 I was lucky to have my talk scheduled toward the end of the weekend. I spoke on Sunday morning just before Rebecca Vitsmun, so I was able to see and evaluate everybody’s presentation before putting on my own. The speakers all did a great job, but there were a few stand-outs.

My personal favorite talk was by JT Eberhard, who spoke about everything from debating the existence of God to evaluating scientific conclusions. JT was funny, concise, and inspiring. I told him afterward that a Christian observer might seriously question their dogma after viewing his presentation – and he confirmed that has indeed happened. In short, if you get to hear JT speak, I’d highly recommend it.

Jerry DeWitt also gave a great talk, which largely consisted of a reading of his new book, “Hope After Faith.” I haven’t had a chance to read the book yet, but the talk convinced me I should.

Atheist Evangelist Sam Singleton also stopped by and gave an amazing performance that had many non-believers feeling like they were back in church – a hilarious and satirical church. Singleton preached about the importance of evidence and even sold ex-baptism soap. It was a great show.

I gave my talk on Sunday and signed books afterward. There was a very positive response, and I’ve been told that video should be available soon.

Here’s a photo from my talk. 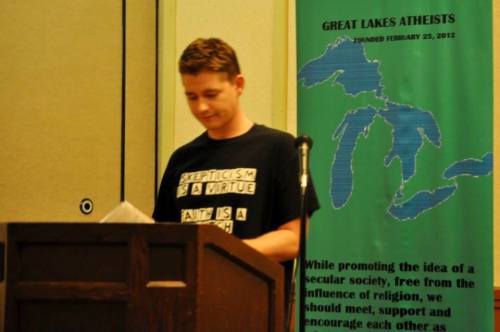